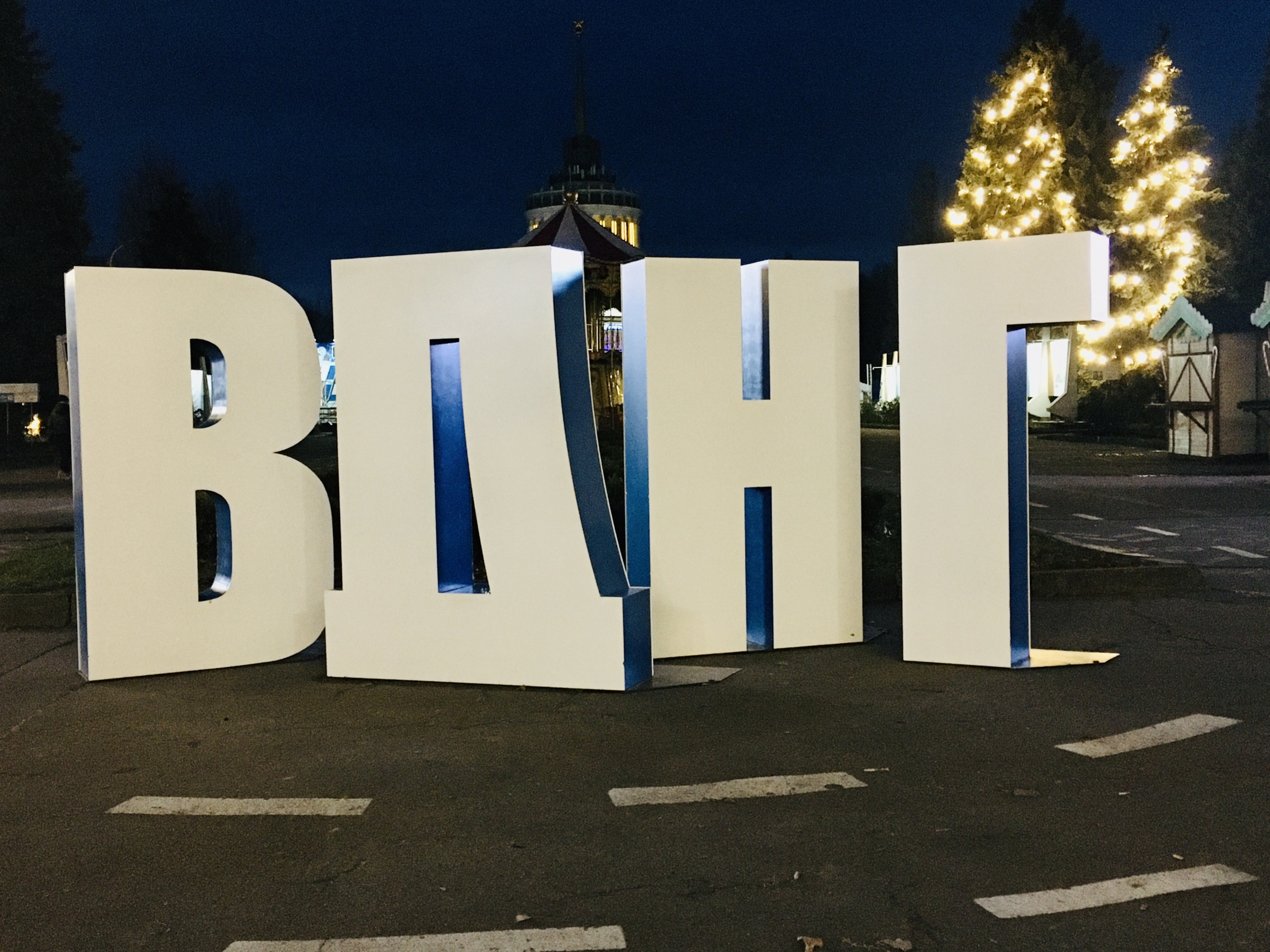 It was 64 years ago, July 6, 1958 when the Exhibition opened in Kyiv - VDNG. Nowadays it is the National Complex Expocenter of Ukraine (VDNG). Its architectural ensemble of the central part of the exhibition centre, and it includes 19 objects, has the status of a national monument.

The complex was called "Ukraine in miniature". For decades foreign delegations came here to get acquainted with the achievements of the Ukrainian republic.

In the XIX century the place was known as Khutor Krasny Traktir. Here one could change horses, have a rest, eat and spend the night. In 1950, there was not a single building left on the site of the former farm. The year before, it was decided to build the National Agricultural Exhibition on the site.

An unbelievable number of people gathered for the opening ceremony in 1958 - 150 thousand! This record number was only broken 60 years later - in 2018, at the opening of the Atlas Weekend music festival.

The main pavilion №1 is 75 metres high and its spire, covered in gold leaf, is 25 metres high! According to one design, a huge statue of Stalin could have replaced the central fountain.

Two years before VDNG 's official opening, the restaurant "Swan" was already open. After the Czechoslovak exhibition that was held there in 1959, the restaurant was re-named to "Prague".

It was the restaurant where Prince Philip and his daughter Anna liked to dine. In 1975 they visited Kyiv for the European Horse Triathlon Championships. Anna took part in the competition and her father was an honorary judge.

The Iron Lady — Margaret Thatcher came to visit in 1990 exhibition dedicated to Great Britain. It was her first visit to Ukraine.

A greenhouse has been operating here since the beginning of VDNG. Some of the plants are 70 years old! And it is here where mandarins, lemons and oranges are still harvested.

Pavilion №13 has a subterranean part, where a unique, real-size model of a mine is housed! Visitors had the opportunity to take a lift down into the mine, walk through the underground galleries and see the coalfaces showing how coal is extracted.

A mock-up of a real blue whale female was displayed in front of the Gifts of the Sea pavilion. The skeleton was lost in the 1990s but was found in the 2000s. Now everyone can see it not far from VDNG - at the University of Bioresources, Veterinary Faculty.