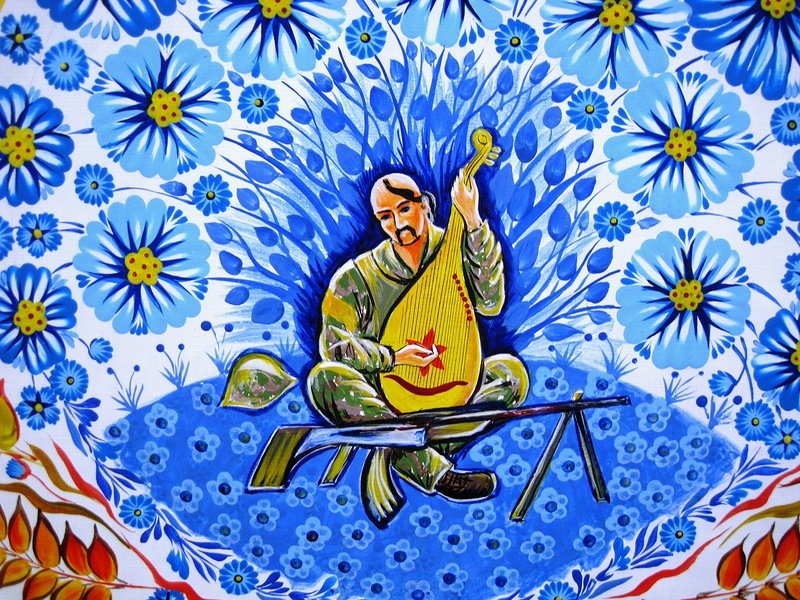 Have you ever heard of Petrykivka?

Petrykivka is a town in the east of Ukraine, and decorative painting art included into the Representative List of the Intangible Cultural Heritage of Humanity by UNESCO’s Intergovernmental Committee for the Safeguarding of Intangible Heritage. Take a look at it, and you'll understand why. The urban-type settlement Petrykivka is situated in Dnipro (Dnipropetrovsk) province in east-central Ukraine. According to a legend, it was founded by the Cossack Petryk, who gathered the serfs from the local villages under his protection. Petrykivka was first mentioned in historical documents in 1772. Today it has about five thousand inhabitants, and is famous as a folk art center and for its unique style of decorative painting. The people of Petrykivka decorate their living quarters, household belongings and musical instruments with a richly symbolic style of ornamental painting, characterized by fantastic flowers and other natural elements. In folk belief, the paintings protect people from sorrow and evil. Every family has at least one practitioner and the tradition is taught at all levels in the local schools, making Petrykivka painting an integral part of daily existence in the community. Early decorative paintings in Petrykivka were mostly murals on the walls of the peasants’ houses rather than easel paintings. The folk poetic interpretation of the surrounding world was and is at the basis of the Petrykivka paintings. Stylized flowers and guilder-rose are among the most popular motifs of the murals with even regular thistles and other weeds featuring rather prominently in the paintings. Murals decorated not only the walls of the houses, both inside and outside, but also the walls of barns and sheds, thus creating a decorative ensemble within individual households. Later on the paintings started to appear on other materials — paper, wood panels or canvas. Mineral pigments were used for making paints, and instead of brushes short lengths of reed stocks, twigs or even fingers were used to apply the paint onto the primed walls, the primer mostly being a thin layer of clay. Egg-based paints were used in later times to do paintings on paper. Three colors were predominant — red, yellow (or yellow-green), and dark blue. Today's Petrykivka painting is also a modern art that is in process of developing and reforming. While traditionally it was done on white background, contemporary painters often work on black, green, red or blue ones. Petrykivka has often been a family craft, and many well-known artists (both historical and contemporary) often have well-known artists in their immediate family.