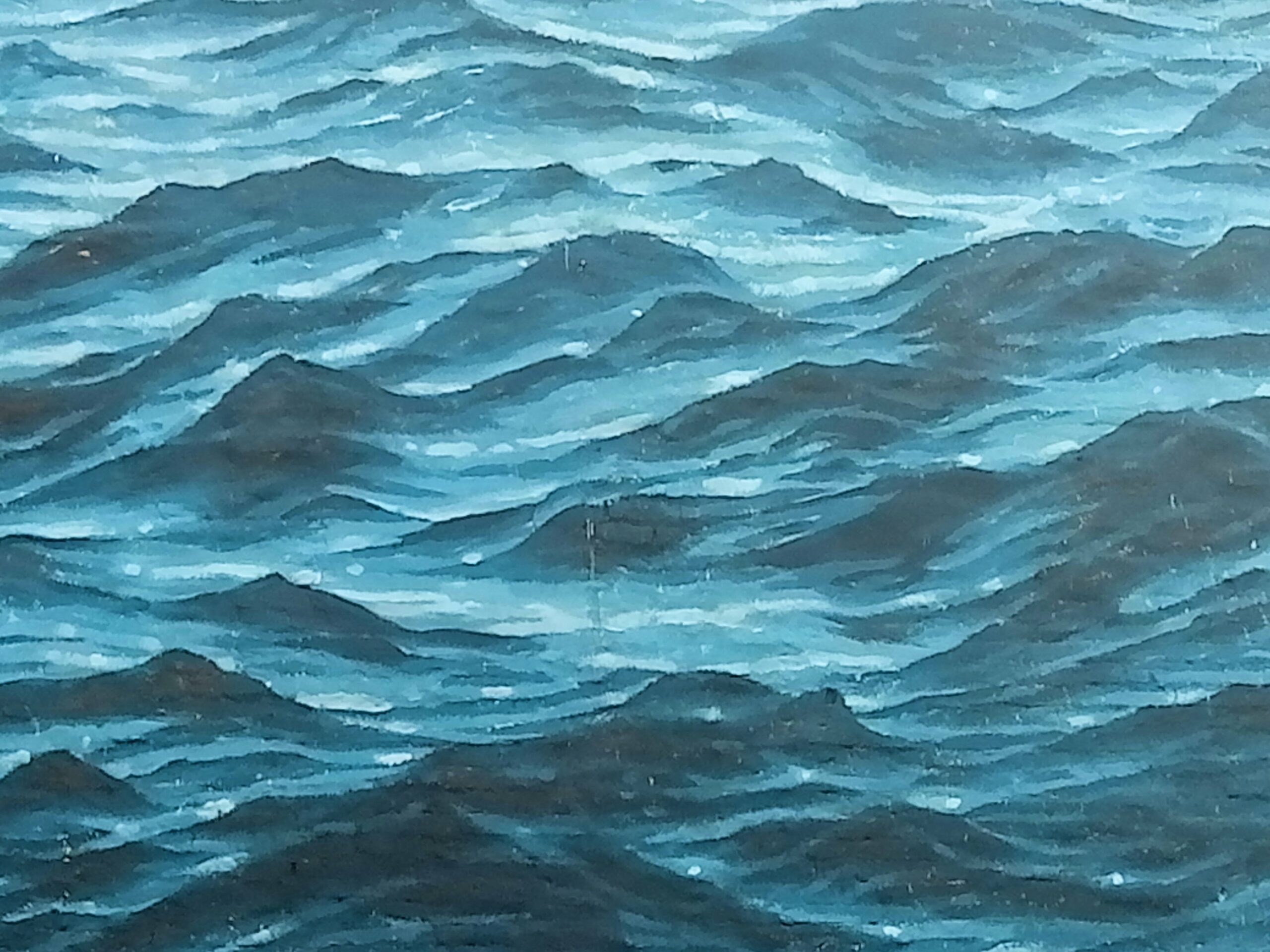 Sea & the City: Kyiv's Mural of the Season

Kyiv has already become the capital of murals, at least in this part of the world. Artists from around the world are welcomed here to paint the city's old walls. Some of their works are real pieces of arts. But one of the latest local murals created by Jake Aikman of Cape Town, South Africa stands out among the others.

It took the artist a few weeks to complete the 9-meters high and 13-meters wide painting depicting deep blue sea or ocean in details. For Jake Aikman it was his first experience in creating something outside of his usual studio. ‘It was very strange working outside, says the artist. I work very privately, I don’t share my studio with anyone, so no one gets to see my developmental stages. Being watched was very peculiar, but I really just put my head down because I had a lot to do.’

They say that first the residents of the building hosting the artwork weren’t very happy with the work. ‘People initially started shouting at me when they saw the first high-contrast sketch I did on the wall, remembers Aikman. Someone translated for me and I found out that they were saying it was too dark, one woman even brought me a rose because she wanted something more pretty.’ But now his creative turned out to be one of Kyiv’s new attractions. And that’s how the creator himself sees the meaning of his work: ‘Bringing the sea to the city is the most important part of the project for me. The human vulnerability in the enormity of the ocean is important for our understanding of our own humanity.’

Aikman arrived to Ukraine by invitation of the international public art organization Art United Us aiming to ‘make 200 walls in the city of Kyiv’. Before this experience the 40 year old Jake Aikman was known in South Africa for his canvasses depicting seascapes, remote coastlines, and dense forests. His works were presented in exhibitions in his home country, as well as Italy and Great Britain.