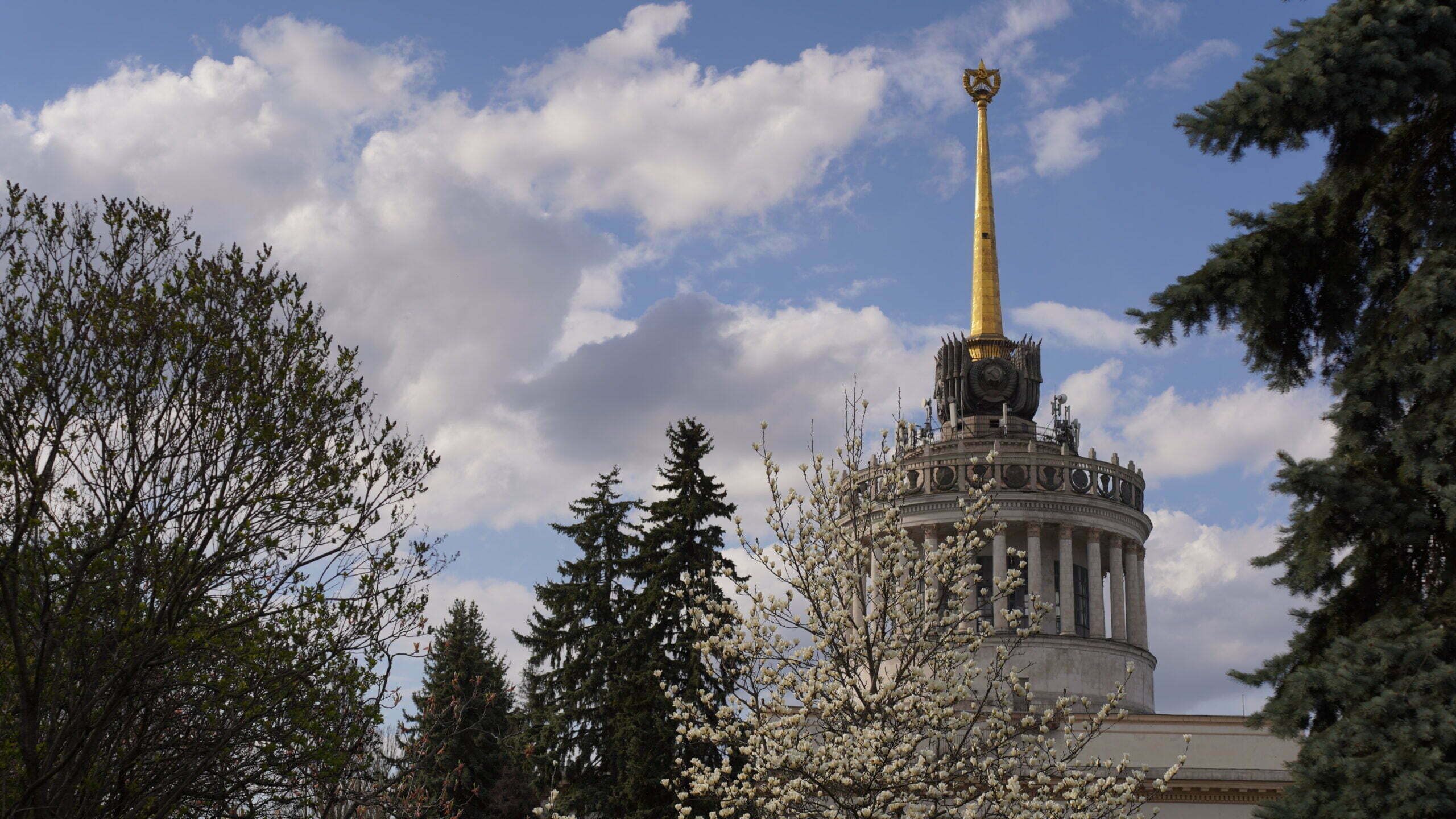 Stars, sickles and hammers – such elements decorate the central pavilions of the complex today. This is not surprising, because it was opened back in 1958, in honour of the 40th anniversary of the Communist Party of Ukraine! It was here that Ukrainian manufacturers demonstrated their achievements. Ukrainian industry and agriculture was represented in the pavilions.

Today the complex is one of the five largest expocentres in the world. Its vast territory of nearly 300 hectares was called "Ukraine in miniature". Numerous foreign delegations came here. At different times VDNG was visited by such celebrities as Margaret Thatcher, Charles de Gaulle, Prince Philippe and his daughter Anne.

There were several interesting exhibits in the pavilion:

Other pavilions presented dairy products, sausages, fruits and vegetables, light industry products. In addition there were pens for animals, fruit trees and grapes growing оn the territory, vegetables were grown in greenhouses. And in the greenhouse you could see tropical trees – mandarin, feijoa, pomegranate, orange.

Nowadays the buildings with Soviet symbols are the monuments of architecture and are protected by the state. There's a lot more to tell about VDNG, we'll do that in future articles!