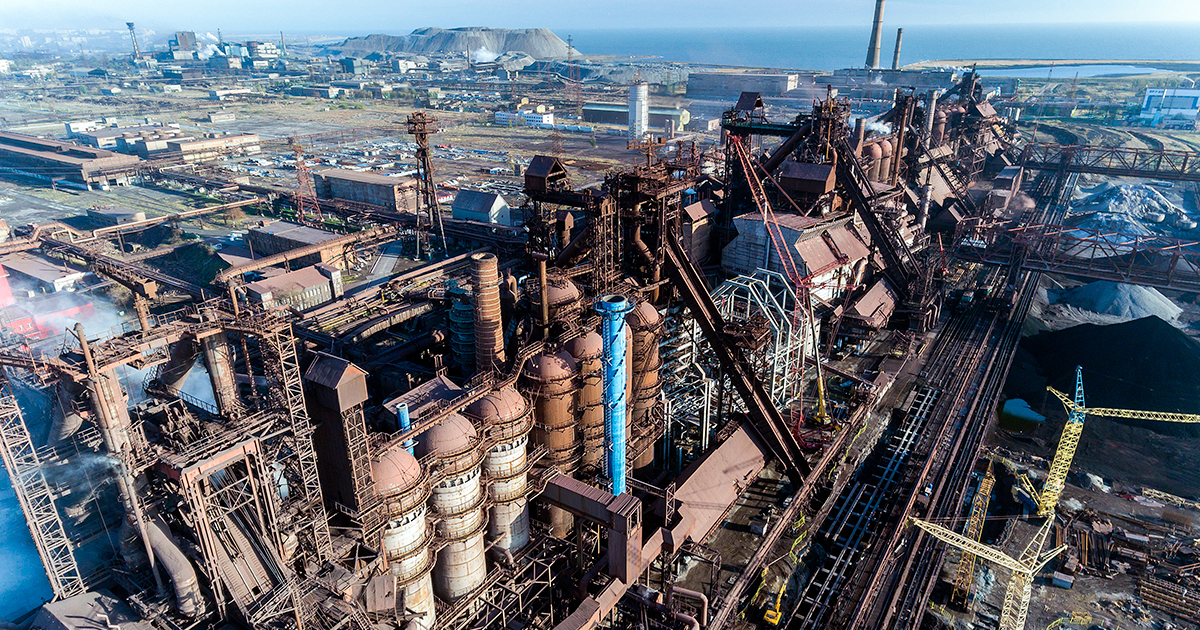 The decision to build the plant was made in 1930, at the same time the foundation of the first blast furnace was laid. In 1933, first cast iron was produced with it. And within a year, the first 250-ton Marteniv furnace in the USSR was put into operation.

Due to the beginning of the German-Soviet war, the Marteniv and blast furnaces of Azovstal were stopped, the personnel was evacuated. In 1943, during the retreat, German troops blew up almost all the equipment in Azovstal. However, within a year, the plant began to resume operations. After the war, the construction of new workshops began, and new equipment was put into operation. Over the following years, the metallurgical plant developed and produced more and more diverse products.

In 2014, after russia's invasion of Donbas, the general director of Azovstal decided to restore all bomb shelters on the territory of the plant, provide them with dry rations, water and the rest necessities for long-term defense. After February 24, 2022, the passageways of the plant were opened for free access of civilians to the shelter.

What happened next, you know...

During the fighting for Mariupol, on April 19, 2022, russian troops began storming the enterprise. The Ukrainian military took up the perimeter defense of the plant. The metallurgical plant was almost completely destroyed during the fighting. Defenders and civilians were captured by russians, some of them have already been returned to Ukraine.

In June, Azovstal General Director Enver Tskitishvili announced that after the war, the plant is planned to be restored, and the working group is already working on a new project.

P.S. Not so long ago, Ukrainians found out about the release of bracelets made from 5 grams of the last pre-war batch of metal from the Azovstal plant. 10 000 pieces of jewelry were sold out within hours.